We’ve extended the deadline for the submission of extended abstracts for full and short papers, posters, doctoral consortium panel and workshops.

The submission is now open until the 31th of March.

Having difficulties with the abstract template for the PLE Conference?

Don’t worry! It’s possible to submit the abstract using only the text areas of the form available in the submission page. The Springer template will be only required for the final paper.

Have you already done it using the template? Great! You can also submit it in that format. We’ve prepared a document based on the template to make it easier for you to use. If you want you can download the Simplified Template.

If you are planning on submitting another type of proposal, not a paper, you could use this document template instead.

Would you like to be awarded with these badges? 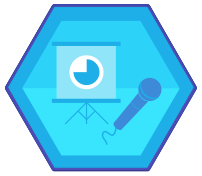 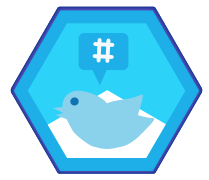 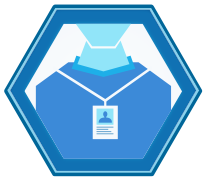 Then you need to get involved with the PLE Conference 2012! 🙂

Challenge: Can you guess what you have to do to earn each one of these badges?

Are you curious to know who will be the keynote speakers for day 1 (Aveiro venue)? This information is already available on the PLE Conference website!

We hope to see you in July!

You’re planning your trip to Aveiro and want to know information about the Conference fees?  This information is already available at the “Registration and fees” page on the PLE Conference website!

Start planning your trip to Aveiro

Do you want to start planning your trip to Aveiro to participate in the PLE Conference but you don’t know how to get there or where to stay?

If that’s the case, go to the Getting here page on the  PLE Conference website where you can find information about how to get to University of Aveiro and about accommodation possibilities. We will have some rooms available in the University residences at a very good price!

Find out more about Aveiro

Participate in PLE Conference (#PLEConf) is also an opportunity to know (or know better) the city of Aveiro. There are several attractions in this city including cathedrals, beaches and canals. Aveiro is also known for its traditional sweets – “ovos moles” – made from egs.

To whet your appetite, we invite you to see the videos “Pieces from Aveiro” and “More pieces from Aveiro“. Well, it’s not for nothing that the city of Aveiro is sometimes called “The Portuguese Venice”.

The deadline for Workshop proposals was extended. You can now submit your proposal until March 16, 2012!

We look forward to seeing you in Aveiro or Melbourne!

About the call for keynote speakers (Aveiro venue)

We are not sure if you noticed one of the major changes of this year’s PLE Conference. Well, it is pretty easy to explain. After reviewing all the events of the conference and how we could make them more open and participative we came to the conclusion that the only event in which participants don’t have a major role is in choosing keynote speakers.

And that’s the main reason we decided to go a step further and let the participants themselves propose the keynote speakers for day 2 of the conference in the Aveiro venue. It is an easy process: when you submit an abstract to the conference you’ll just have to add two names that, as a team, you believe could have an awesome performance as keynote speakers. Ideally all proposals should be gender balanced (i.e. a team composed by a man and a woman) and preferably from different countries.

Now for the q&a: can you propose yourself as a keynote speaker? Of course you can! Can you propose other person and not include yourself? Sure you can. Do you have to propose names that are coming to the conference? Not necessarily although that could help with the logistics.

And that’s it. Please begin the thinking process and help us choose the best keynoters for day 2!

[This is a cross-post from Joyce’s blog at www.cats-pyjamas.net]

I’m really looking forward to the PLE Conference 11-13 July 2012. The conference continues to innovate in many ways. Organisationally we’ve expanded the conference to two locations, Deakin University in Melbourne, Australia and Universidade de Aveiro in Portugal, spreading the opportunity for sharing scholarship around the PLN and PLE topics and effectively making this a blended conference. How neat! (Of course, one of the venue organisers for Melbourne is yours truly  so I’m a little bias…;-))

The two locations have a joint Call for Papers out with the closing date for abstracts on 16 March 2012, and the deadline for final papers on 13 May 2012. I’m hoping to encourage you all to write an abstract, submit it and join us!

So why should you go to the PLE Conference?

I was very lucky to attend the first PLE Conference in Barcelona and some firsts are simply things which cannot be guaranteed for subsequent events. This first iteration was a veritable who’s who of networked learning with Alec Couros, Steve Wheeler, Graham Atwell, Ilona Buchem and many others in the field attending. Besides the excitement of this, it being the first conference, it also meant that much of the PLE work presented, was completely new to the other attendees. So it was like finding a treasure trove of PLE/PLN research. Also Ricardo Torres Kompen was just the best venue organiser/host, his attention to detail and calmness without peer.

So what are elements of the PLE Conference that continue to make it THE event for any networked scholar/educator to attend?

Well some of us “PLE goers” have shared our experiences and reasons on this Corkboard for you to read. But I thought I would expand on my reasons below, using some of the artefacts I collected in 2010.

1. Connecting with those you are already connected with

I’m a Twitter evangelist, and an enthousiastic Facebook user. I love communicating with social media because they allow me to connect with like-minded people, people who intersect my interest niche. And I love it whenever I meet these people in real life (so much so that I’ve got a So you’re real after all! set on Flickr). Not because of the coincidence, nor the look-who-I-met factor, but because thanks to social media filtering, it is always an intense and very enjoyable occasion to meet one of these connections. We have so much to say and share with each other, and can build so much on each other’s ideas in a very short time, fueling our interests and thinking until we meet again. All of the people at the PLE Conference are of this variety. Alec Couros touches on this too in the interview I did with him.

It’s been really neat that people who have been connected over years, you yourself included, someone I haven’t had a chance to meet … Actually, you build a sense of friendship over a long time… and when you actually get to meet each other,… you can get right to the sort-of deep conversations. Because these deep conversations have been going on for a long time. That’s really the difference with the dry academic sterile type conference…When you come to a place, you can actually just get to the matter, get to the content that you’re looking for. I think that’s really quite powerful. – Alec Couros

2. This is a growing field!

3. Now in the Southern Hemisphere! In 2010 Colin Warren and I (pictured here) were 2 out of maybe 6 Asia-Pacific participants. Most of the research presented was conducted in Europe, in the European context, with European funding models, in European higher education institutions. Of course, Asian, Pacific, Australian and New Zealand organisations work in different contexts, with different funding models, different education systems, policies, cultural differences, geographical differences, etc. So our uses, considerations and views of PLEs, PLNs and personalized learning will be different too. Having the PLE Conference in Melbourne, allows more people outside Europe to contribute to the body of work.

If you’re tired of traditional paper presentations, would like to try a different approach, a PLE Conference is the ideal place to mix it up . In her video interview, co-organiser of the 2010 conference Cristina Costa says:

We wanted to challenge how conferences have been done for decades.

The conference organisers are using the successes above to inspire this year’s event, but we also have a call out for you to put your thinking caps on and devise other presentation options. Your imagination will be the limit…

5. Creativity is rewarded (and very much appreciated)

As you can see from some of the examples I gave above, creativity is rewarded and appreciated at a PLE Conference. In fact, it starts right as you walk in the door and create your own badge (or put on the one you made earlier). After all, what is more personal than how you introduce yourself to others?

And this theme of personalization and creativity runs through the whole conference. Whereas traditional conferences leave behind only a few torn paper posters, crumpled standard badges and a thick book of proceedings (most of the time only available to attendees and those who pay for access), the PLE Conference leaves in its wake a trail of open artefacts, like a rich twitter archive, YouTube and Vimeo videos, blog posts by the participants, Flickr photos documenting the event, creative slidedecks on Slideshare, and collectively taken notes in Google Docs. We look forward to seeing where you take it this year…

6. You can be on your iPhone and not be rude And last but not least, at a PLE Conference, everyone is like you. We are all committed to monitoring our streams, to finding those juicy tidbits, to sharing what we hear, to publicly posing our questions or comments. And so it is perfectly all right for you to whip out your iPhone, smartphone, iPad or whatever device of your choice, in the middle of a conversation. In fact, we encourage it. After all, you’re amplifying and sharing what we’re all learning about PLEs, aren’t you?

See you all in July!